Tickets are on sale now for WORKING -- the Musical featuring the students of St. John Bosco and Saint Joseph's High School!

Based on Studs Terkel's best-selling book of interviews with American workers, WORKING -- the Musical paints a vivid portrait of the men and women the world so often takes for granted: the school teacher, the phone operator, the waitress, the millworker, the mason and the housewife, just to name a few.

Nominated for six Tony Awards, this classic has been updated for a modern age, featuring new songs by Tony Award-winning Lin-Manuel Miranda, as well as favorites by Stephen Schwartz, Craig Carnelia and James Taylor. This new version of Working allows the audience to get a rare glimpse of the actors and technicians, working to put on a show. This raw adaptation only enhances the realistic and relatable nature of the subject matter. 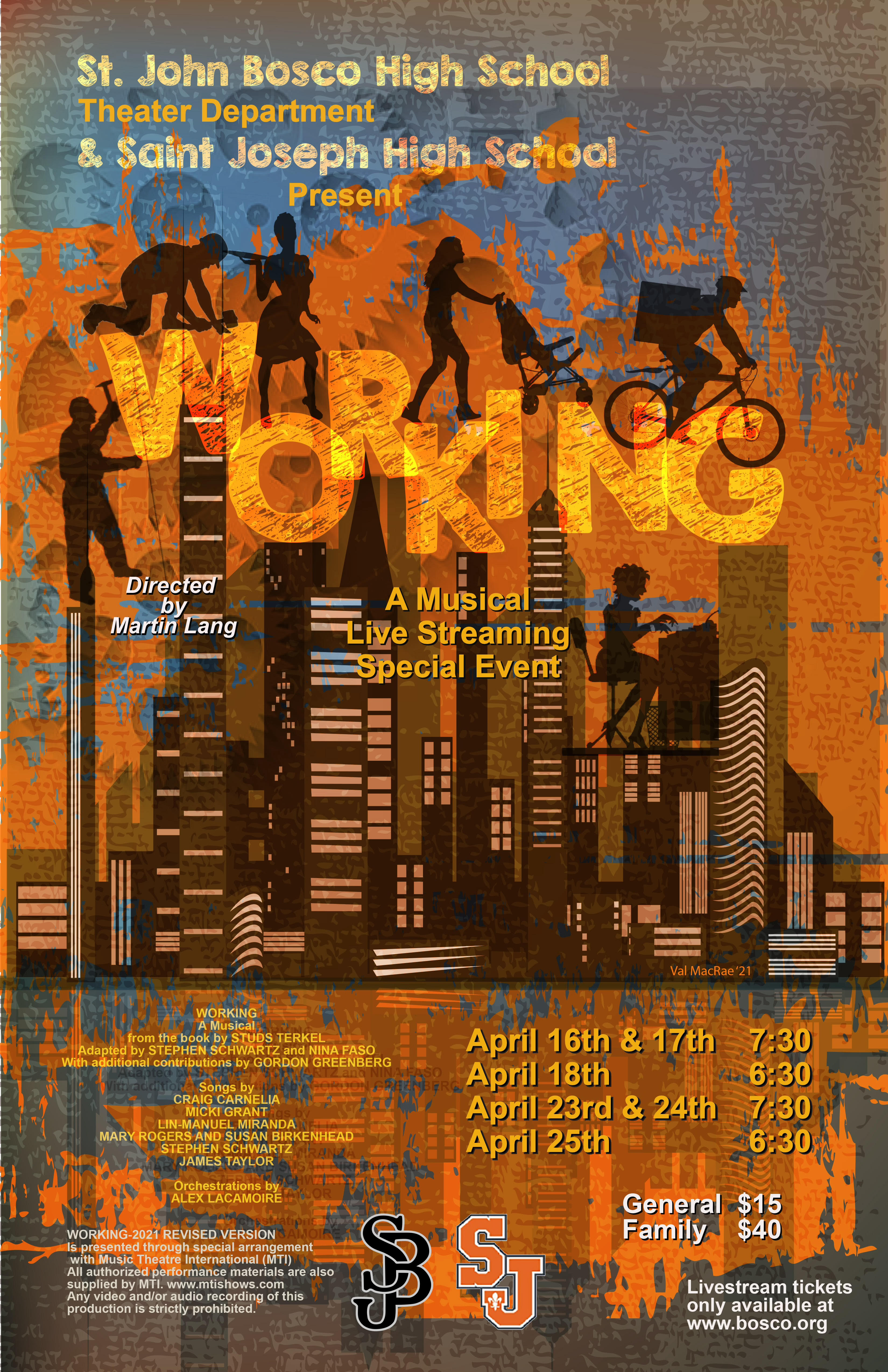 The SJB Theater Program provides an experience that helps to instill confidence, craftsmanship and pride in our young men and offers students the chance to learn the craft of theater through its many disciplines, including:

Theater partners with our nearby sister school, Saint Joseph High School and provides a wide variety of performing opportunities including four major productions each year: two musicals and two dramatic productions, two located in the SJB Theater and two at SJHS.

In addition to the annual productions, students can participate in the very popular Coffee House, combining Improvisational Comedy and Open Mic Music Acts. Theater students also have the opportunity to participate in two Drama Teachers Association of Southern California competitions in the fall and spring.

SJB's Theater Program is run by Mr. Martin Lang, who has worked as a professional director and actor for more than 20 years. Mr. Lang has directed for theatres such as the Pasadena Playhouse, Laguna Playhouse, The Glendale Center Theatre and The Long Beach Playhouse/Studio Theatre.

He employs many professionals for the school's productions from the Los Angeles Theatre Community to give students the best possible opportunity to succeed. This results in a high level of professionalism and production that has given the program a reputation of excellence far beyond that of most high school theater programs.

GET INVOLVED AND BE A PART OF THE ARTS!