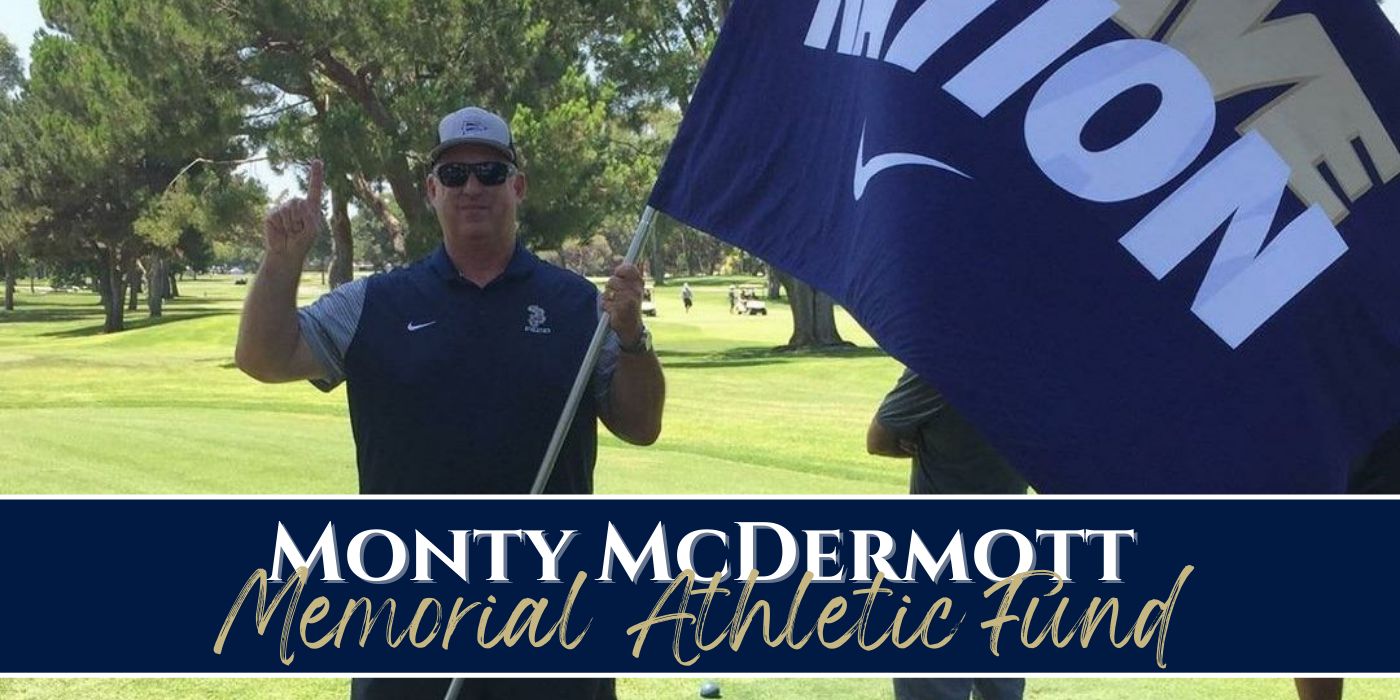 Monty McDermott had an incredible 29 year career at St. John Bosco High School, with 19 of those years as the Director of Athletics. He attended St. Maria Goretti Parish school in Long Beach for eight years before attending SJB, graduating in the Class of 1986.

While attending SJB, Mr. McDermott was a captain and all Del Rey League performer in baseball and football. In his senior season, he set a national high school record vs Don Bosco Tech, hitting three home runs (two grand slams) and finishing the day with 14 RBI's, which stands today as the California state record. Mr. McDermott went on to play baseball at the University of San Diego, later transferring to the University of La Verne, where he was a captain and All-West Region outfielder for the Leopards. He graduated from University of La Verne and earned a professional clear teaching credential in Kinesiology and Biology in 1991.

In 1992, he came home to SJB as a PE teacher, baseball and football coach. Throughout his years here, Mr. McDermott served as a teacher (Math, Physical Education, Science and Health), Dean of Discipline, Department Chair, baseball and football coach before becoming Assistant Athletic Director in 1999. In 2001, Mr. McDermott earned a Master’s Degree in Kinesiology with an emphasis in Athletic Administration from California State University, Long Beach, and was named Athletic Director in the fall of 2002. He currently serves as the CIF Representative for the Trinity League.

Mr. McDermott loved music, travelling, fishing, movies and going to concerts. His memory lives on with his wife Delores, son Monty Jr. and their dogs Sierra and Brave in Long Beach, where they attend St. Maria Goretti Parish.

The Monty McDermott Memorial Athletic Fund will benefit the continued success of our student-athletes and athletic programs at St. John Bosco High School.

When the just man dies, God, whom he has loved and served, together with the Blessed Virgin, hastens to assist him, consoles him in his agony, fills him with courage, confidence, and resignation, and leads him triumphantly into heaven.
-Don Bosco 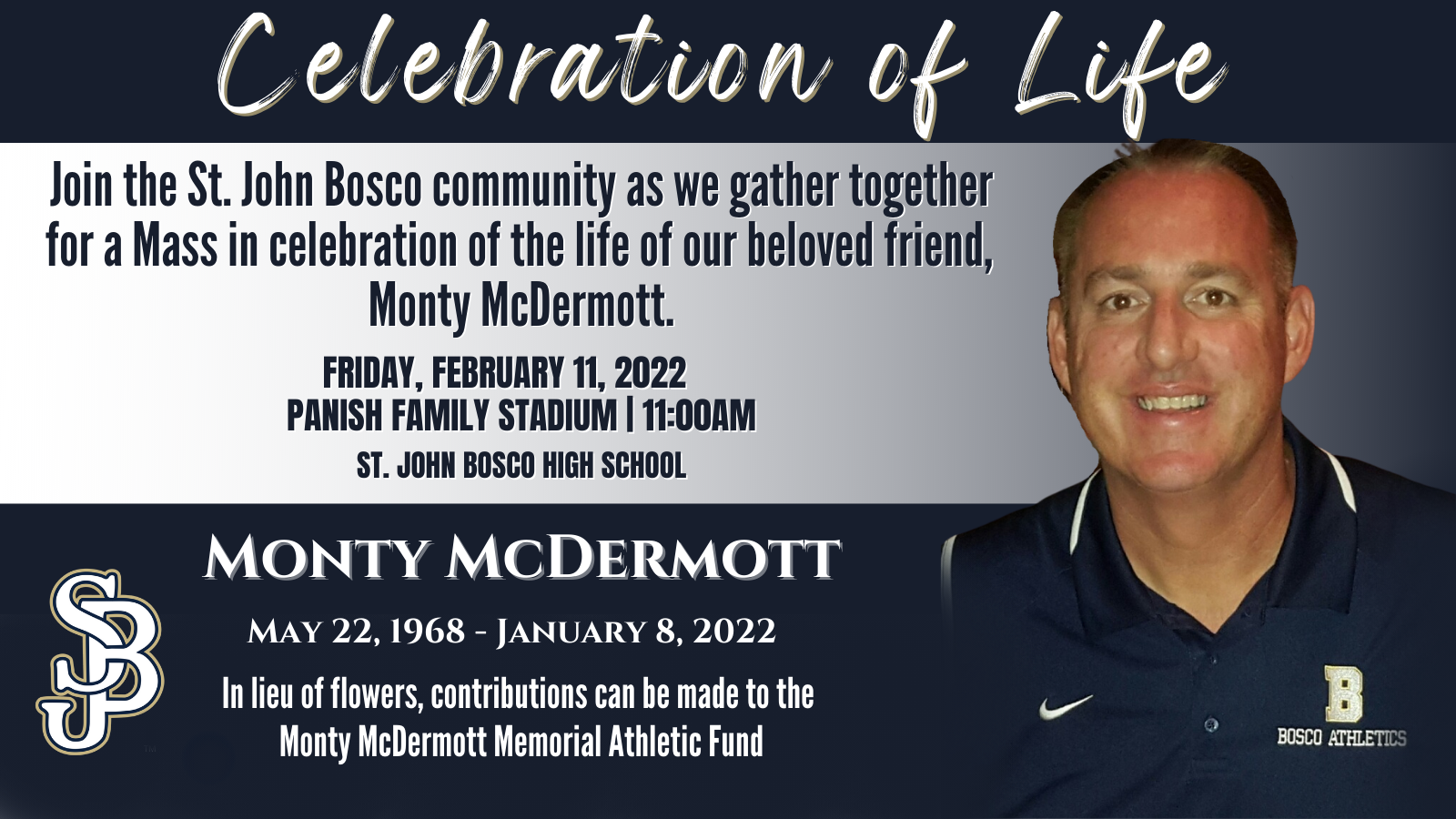