I love the game of baseball.

The Alumni Game is back! Bring out your ugly Christmas Sweater best and join us Saturday, December 18!

Want to keep up with Bosco Baseball? Stay connected by updating your contact information below.

Coach Barbara comes to Bosco from the University of Pacific, where he served as an assistant coach and the recruiting coordinator for the program. He has 17 years of assistant coaching experience at the NCAA Division 1 level, but he wanted the chance to be a head coach, and the Braves presented a seemingly perfect fit.

Barbara’s ties to the Long Beach area come from his college days, when he was an original “Dirtbag,” earning All-America honors at Long Beach State in 1990. A product of San Mateo High, Barbara is Long Beach State’s career and single-season record-holder for batting average, hitting .429 in his two seasons as a Dirtbag, with a .474 mark in 1990. He then coached for seven years at LBSU under Dave Snow and Dave Weathers, before moving on to Sacramento State and Pacific.

“His NCAA experience is incredibly valuable for our kids and their parents,” said Bosco athletic director Monty McDermott. “Because that’s what we do at Bosco, is push our kids toward the four-year schools, and his experience will be great for that.”

I spent a lot of hours on the baseball field doing whatever I could to get better. 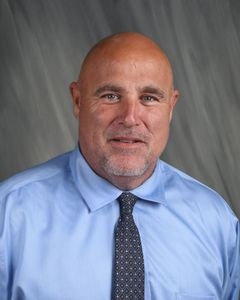