Want to keep up with Bosco Lacrosse? Stay connected by updating your contact information below.

Chris Jewett grew up in Providence Rhode Island. While in High School he was All-Prep / All-State Quarterback, 3 time All-State in Lacrosse, 2 time Captain of his H.S. Lacrosse team, All S.E.N.E., RI Indoor Lacrosse All-Star, invited to play at N.E. 150 and Top 205 Lacrosse camps and was a member of the New England East vs West game. Chris then went on to play Division 1 Lacrosse at Providence College.

Chris has been coaching Lacrosse in the L.A. area since 2007. First as Head Middle School Coach at Brentwood, and then as Head JV Coach and Assistant Varsity Coach at Peninsula High School. He has coached youth through H.S. club teams since 2008 and taught basic fundamental Lacrosse classes to elementary school boys & girls through out the South Bay and Los Angeles.

In 2011 Chris was instrumental in creating the Los Angeles Box Lacrosse League, in Torrance CA. The league is powered by Leverage Lacrosse and in it’s fifth year of playing real box lacrosse. From 2011 to 2013, Chris was the Head Varsity Boys Lacrosse Coach at Mira Costa High School in Manhattan Beach. Chris led Mira Costa to a Bay League title, LA County Championship and a spot in the CIF Southern Section Finals. For his efforts he was named 2011 Bay League Coach of the Year.

From 2013 to 2016 Chris was the Head Boys Lacrosse Coach at Los Alamitos High School where in his first year he led Los Al to the 2014 Sunset League title and he was the 2014 Sunset League Coach of the year. Los Al made the CIF playoffs all three years that Chris was the Head Coach. In 2016 Chris was hired a the Head Coach at St John Bosco. Together with his wife Amber they own Allomi, a holistic health, healing, mediation, yoga and fitness center in Redondo Beach. Chris took St. John Bosco CIF for the 2017 season. In their first year SJB made the LA County CIF Invitational playoffs. In 2018, in only their second year as a CIF program and with 10 freshman on the team, Chris coached St John Bosco to a CIF LA D2 Championship. 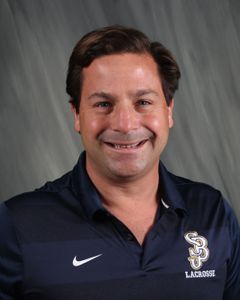