St. John Bosco Swim focuses on developing stroke technique and endurance, to prepare swimmers of all levels for competition.  Through hard work, dedication and accountability swimmers will leave our program ready to take on  in or out of the pool.

Want to keep up with Bosco Swim? Stay connected by updating your contact information below.

Jeff Powers has been involved in water polo and swimming for over 25 years.   Born in Tennessee, Powers grew up in San Luis Obispo, CA, which was not a water polo hotbed at the time. Fate intervened when UC Irvine and Hall of Fame coach Ted Newland brought Powers on board. At a program with a penchant for developing talent, Powers blossomed and before long was part of the USA Men's National Team. He made his Olympic debut in 2004, the first of three appearances representing Team USA on the world's biggest stage.  In 2008 he was a key member of the Olympic squad that brought home the silver medal.   He became a key piece abroad for a variety of club teams for seven seasons with stops in Greece, Italy, and Hungary. He has currently been coaching at St. John Bosco since 2013. 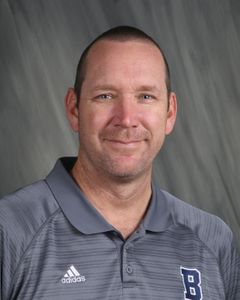